The fatal cost of failed trust: Rebuilding trust in the police 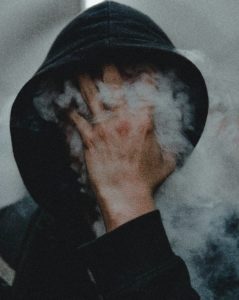 The month of July 2016 saw a remarkable heightening of tensions between the police and black communities in the United States. The media has reported multiple police-related deaths of black men in highly public and questionable circumstances. These events continued an apparent trend of disturbing police actions with black casualties. The deaths triggered a series of protests and reprisal shootings targeting police officers, several officers were killed or wounded during these attacks. There have been a number of incidents in the months following this involving more unnecessary deaths, numerous protests, and heightened tensions.

To say that many of the police forces in North America face a significant lack of trust from those they serve is a profound understatement. This lack of trust in turn has led to additional unnecessary deaths and violence for police and citizens alike and there are now calls from many quarters to fix a problem that has evolved over decades. While there seems to be a general consensus that something needs to be done, there appears to be few concrete solutions. In this issue of the trust coach I will attempt to clarify the trust issues at work in these situations using the model I’ve developed and propose some possible solutions. The hope is that someone in a position to actually implement some of the suggested changes eventually reads this and uses it as a blueprint to start resolving this terrible problem.

A review of trust dynamics

Trust is the willingness to make yourself vulnerable to another. This definition includes elements of uncertainty and vulnerability. I believe that people ask themselves two fundamental questions when they decide whether they will trust someone or not. How likely am I to be harmed (perceived uncertainty), and if I’m harmed how badly will it hurt (perceived vulnerability). This combination of uncertainty and vulnerability give us a level of perceived risk in any situation. If our perception of the risk is lower than the threshold we are comfortable with then we trust. If the perceived risk is higher than our tolerance allows, then we don’t trust.

A lack of trust in the police on the part of citizens is understandable given that there are consistently high levels of perceived vulnerability and uncertainty. There is a long history of unease between minorities and law enforcement in the US and it seems to be getting worse. Unfortunately, an inability to trust the police and the justice system can paralyze a community and even a society.

Vulnerability on the part of citizens

Citizens are extremely vulnerable to the police. They have the power, authority, and capacity to impose significant consequences when they deem it necessary. They also have significant discretion about when and how they use the authority they have. Society grants the police this authority and autonomy so that they can serve and protect us from those who would do us harm. These high levels of vulnerability to the police mean that we can only tolerate relatively small levels of uncertainty and still feel comfortable.

Uncertainty on the part of citizens

The police need the trust of the general public if they are to be effective in maintaining law and order. Low levels of trust in the police can lead to citizens refusing to offer information or aid, assisting and harbouring those that break the law, and attacks on law enforcement officials.

When the police are faced with situations where their trust is low they may feel threatened and respond with more force than is warranted. We’ve seen a number of incidents recently where people have been caught on video telling the police they aren’t armed or a threat. The failure of trust in these moments has led to a number of shootings.

Vulnerability on the part of the police

Police officers are often placed in harm’s way during the course of their duties but that is not the only way they are vulnerable. Officers also face the prospect of causing harm to others, whether it’s those they are sworn to protect or their friends and colleagues on the force. Mistakes made by officers can lead to significant punishment which can include public outrage, losing their jobs, or even jail. Recent events – with attacks on police, a number of officers being killed and calls in some quarters for further acts of retribution – have likely significantly increased perceptions of vulnerability among the police.

Uncertainty on the part of the police

As a result, the police are constantly confronted with situations that are extremely uncertain. They interact with an incredible range of individuals that they know little or nothing about including the mental state or circumstances surrounding the people with whom they interact. There are often relationships involved that the police aren’t aware of when dealing with others. The police often don’t know.

So what do we do?

In a country of over 300 million people, with many of them armed, it is inevitable that wrongful deaths will occur. We are unlikely to eliminate all wrongful deaths on both sides of this issue any time soon. We can, however, take constructive steps to increase trust levels, reduce the number of fatal shootings, and change the narrative for all parties when incidents do happen.
We need to find ways to reduce perceptions of uncertainty and vulnerability for both the police and the general public.

Reducing uncertainty for the police

Reducing vulnerability for the police

The intent of this newsletter was to provide a structured framework and a systematic approach to a very complex problem. I have provided what I believe is a starting point for rebuilding trust between the police and the communities they serve. Clearly this is not a complete solution but merely the start of a conversation aimed at making things better. Perhaps an objective third party or group can be found that is acceptable to both sides in this dispute to help move things forward.

Those who read my other articles will recognize that this is a rational actor perspective and that emotional states haven’t been accounted for. There are powerful negative stories and strong emotions on both sides. A concerted effort will need to be made to help change the narrative held by everyone and to address these profoundly negative feelings. The responsibility for changing this narrative does not reside solely with the police. Community leaders and those with a voice that can be heard need to
take up the challenge of improving the perception and stories we hold. One of the key take aways from this article should be that building trust is all of our responsibilities in this case.

It has taken a long time for things to get as bad as they are. It will take time for them to get better. During that time there will be more incidents that provoke anger and suspicion. As a society, we need to learn how to respond in a way that doesn’t continue to make the problem worse.