The Biggest Mistake Leaders Make and How to Capitalize On It

The higher we rise in organizations, the less direct control we have over outcomes. Leaders tend not to turn a wrench, make a sale, or deal directly with a customer. Leaders’ goals and aspirations depend on those they lead. Thus, the ability to develop, maintain, and strengthen relationships is often what distinguishes good from great leaders in business. Indeed, empirical research confirms that people tend to perform well to the degree they trust their leaders. Yet trust in business leadership is currently in a historic freefall, especially in the United States (Edelman Trust Barometer; Gallup Poll). Why? If trust is so important for leaders’ success, why are they so precipitously losing it?

The answer is the biggest mistake leaders make: believing that they are more trusted than they actually are. Although this tendency isn’t just a problem for leaders—according to some studies, up to 97% of us believe we are more trustworthy than the average person (see James Ware of Focus Consulting Group; Izraeli, 1988; Duke COLE studies (Sitkin), Manley, Russell, and Buckley, 2001; McDonald and Zepp, 1988; Pitt and Abratt, 1986)—it can completely derail leaders whereas their ability to lead depends almost completely upon the trust of their stakeholders. The failure of leaders to understand how others perceive their trustworthiness leads directly to their failure to act- many leaders either don’t recognize existing trust issues or they see them as someone else’s problem. Yet decades of research (e.g. Dirks & Ferrin; Colquitt et al., 2005), along with many compelling corporate examples (e.g. Volkswagen, United Airlines, Wells Fargo, and, more recently, Facebook) of what can happen when leaders breach the trust of their stakeholders, make it very clear that whether they recognize it or not, trust (the lack thereof) is every leader’s problem.

So how, exactly, does a leader understand trust and capitalize on it?

There are a number of potential barriers to building trust with others, and as we have just noted, believing we are more trustworthy than we actually are is perhaps the largest. Another barrier is the mistaken belief that trust is simply too complex or time-consuming for us to effectively deal with. As evidence to the contrary, we have repeatedly worked with and witnessed dramatic improvements in trust levels with a broad range of clients.

One recent example involved a Canadian mutual fund company that chose to focus on building stronger client relationships. After 18 months of consultation and training, the company discovered that trust was the primary factor driving clients’ purchasing decisions and that the company had become significantly more trusted than any of its competitors. The company went on to capture 75 percent of each new dollar that entered their market for a two year period. Another recent example involved one of the largest steel construction companies in the United States. As the executives of this company began to understand trust as a source of competitive advantage, they decided to make it the foundation of their new corporate strategy. Within just a few months, this corporation saw dramatic results, leading the owner to comment that “we now have clients bringing us business, not just for what we do, but because of who we are.” Recognizing the pronounced positive changes that occurred, one of this corporation’s key steel suppliers (one of the largest steel suppliers in the world) subsequently expressed their own interest in trust consultation and training.

The approach we take to helping our clients build trust stems from the definition we use: Trust is the willingness to make yourself vulnerable to another when you can’t completely predict how they will act, and could choose to do otherwise (Mayer, Davis, & Schoorman, 1995). This definition contains elements of uncertainty, vulnerability, and choice. From this, and based upon Darryl’s research and our experience applying this and other trust-based research, we contend that people ask themselves two fundamental questions when they are deciding whether or not to trust someone. First, “how likely am I to be harmed (perceived uncertainty)?” Second, “if I’m harmed, how badly will it hurt (perceived vulnerability)?” The answers to these two questions provide a level of perceived risk. We each have a threshold level of risk we are willing to accept in any given situation. If the level of perceived risk exceeds the threshold of acceptable risk, we will not trust; if it’s below the threshold, we will trust. Building trust is thus a matter of understanding and systematically reducing perceptions of uncertainty and/or vulnerability.
Over the years, we have published research identifying a variety of specific suggestions for building trust with different stakeholders. This research has built upon the foundational work of Roger Mayer, Jim Davis, and David Schoorman from 1995, which proposed that three character traits drive perceptions of trustworthiness: benevolence, integrity, and ability. Someone showing benevolence demonstrates that they care about me or have my best interests at heart. For integrity we use Tony Simons’ definition of following through on promises and alignment between actions and professed values. Ability is defined as the competence of someone to do what they say they can/will do. These three traits together provide powerful insight into potential approaches that can reduce uncertainty, and decades of empirical research confirm that many of these approaches really do work. While there are other mechanisms for reducing uncertainty and promoting trust, these three are the most commonly referenced in both academic literature and popular press.

The recurrent problem is that, as noted at the beginning of this essay, leaders tend to believe they are more trusted than they actually are. When they are told about the three traits of individual trustworthiness, the common response is “I already have all those.” 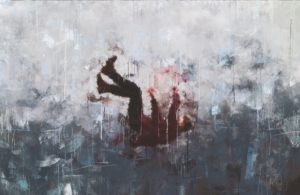 We were working with a group of parents to help them build stronger relationships with their kids. The question was asked, who here has their kids’ best interests at heart? Not too surprisingly, all hands went up. When these parents were asked how many of their kids would say their parents have their best interests at heart, about 1/3 of the hands were hesitantly raised. If parents struggle to demonstrate benevolence to their kids, how much success can we reasonably expect from corporate leaders who have many relationships to juggle with people they might only occasionally make personal contact with? Part

of the problem stems from assumptions we make about what is best for others without actually including them in the conversation. The other gap we often find is a lack of transparency and communication leading to actions being seen as something other than benevolent despite our best intentions.

When it comes to benevolence, leaders must include others in the conversation about what matters most or is in their best interest. Leaders must then be transparent and communicate clearly when they are using that information to act in the best interests of others.

There are a number of pitfalls for leaders when it comes to integrity. The media continually provides us with examples of the most sensational, but from our own experience, the biggest potential integrity pitfall is that of “talking the talk” without actually “walking the walk.” Good corporate values, mission statements, or codes of ethics can totally destroy trust if leaders fail to actually base their decisions upon them. Another mistake we frequently see is a failure to ensure that both parties have the same understanding about what promises have been made. This often leads to the leader feeling she or he has followed through on a promise while the other party completely disagrees. Follow-through and clear communication (once again) are often the key.

Leaders must unfailingly follow through with the promises they make to their stakeholders, even if this means making fewer promises. Leaders must be able to link every decision they make back to the values they have professed to hold.

When working with a financial services firm, we had front line staff, middle managers and senior executives in the same room. Participants were asked if they thought all three groups would have the same definition for excellence (ability) for a middle manager. The response was that they likely wouldn’t get the same response within the three groups. This failure to agree on or understand the definition of excellence for various roles within an organization is extremely common. Yet, if we don’t know what excellence is, how are we supposed to recruit, train, and reward for it?

When we ask senior executives if they are excellent leaders, they tend to overwhelmingly indicate that they are. The follow up question, however? “what does that mean?” – typically provokes extended silence. We have experienced this same general outcome working in manufacturing, military, and other industries and while dealing with a variety of stakeholders. Believing that we possess ability does little to build trust with others; they are the ones that need to believe we possess ability! This means that leaders must include key stakeholders in the conversation about the definition of excellence; if both the leaders AND their various stakeholders do not agree on what excellence looks like, it will never be possible to establish high levels of trust.

Leaders who define excellence only from their own point of view will consistently miss the mark. Collaborative conversations resulting in clear and shared definitions of excellence are absolutely necessary if real progress is to be made.

Trust is increasingly becoming a key source of competitive advantage, and it is one of the primary factors that differentiate the merely competent from the truly exceptional leaders. Despite its importance, trust continues to decline at an alarming rate. While there are a number of possible reasons for leaders? failure to act, in this article we focused on the two most important:

We all have a tendency to believe we are more trusted than we are, but for leaders this false belief can be utterly detrimental. Leaders who fail to seek honest feedback from subordinates or peers suffer the most. Trust-building is a skill that can be learned and honed. Leaders must accept the fact that maintaining and building the trust of their stakeholders should be their highest priority. Our research and experience has consistently shown that trust levels can rapidly and significantly
increase with focused effort by leaders:

When trust is thoroughly understood and effectively applied, it has the potential to become any
organization’smost important source of competitive advantage.

Darryl Stickel has a Ph.D. in Business from Duke University and serves on the faculties of the Luxembourg School of Business and the University of Southern California’sCenter for Effective Organizations. Dr. Stickel is a prior consultant for McKinsey & Company, and is the Founder of Trust Unlimited, Inc. Dr. Stickel has served clients ranging from senior military professionals to senior wealth advisors and CEO’s running multinational corporations.

Shaun Hansen currently serves as the Director of Weber State’s MBA program, and has served previously as the Chair of the Business Administration and Marketing Department and the Faculty Senate Environmental Issues Committee. In addition to B.A. and M.B.A. degrees, Hansen holds a Ph.D. in management from the Krannert School of Management at Purdue University.  Hansen is an active researcher and currently serves as an editorial board member for the Journal of Business Ethics, the Journal of Trust Research, and the Business Education Innovation Journal.