“Many people in Canada don’t feel protected by the police. In fact, they’re afraid of them.”

The Canadian Prime Minister has publicly acted to seek “concrete actions” from the police and justice systems in order to move forward on eliminating systemic discrimination and making real change in Canada. “With the many disturbing reports of violence against Black Canadians and Indigenous people, we know that we need to do much more and we need to do it now,” he said, adding that his government is going for “real commitments as quickly as possible that address the root causes of these problems.” Trudeau goes on to say that systemic discrimination and racism in Canada goes much further than just policing.

The notion that higher levels of trust are required between the police and the communities they serve isn’t new. The critical importance of trust has been argued for decades. Despite this recognition, frustratingly little progress has been made in improving trust, and things actually appear to be headed in the wrong direction. Multiple polls confirm that trust in police is in decline. Protests around the world are also making a clear statement that people are unhappy with the current relationship between private citizens and the police. If we understand how much trust matters, 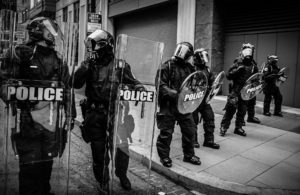 why aren’t we doing a better job of building it?

In the United States, the 2015 final report of the President’s Task Force on 21st Century Policing identified “Building Trust and Legitimacy” as the first pillar for rebuilding relationships between law enforcement agencies and the communities they protect and serve as an essential element of a healthy democracy.

The report outlines the need to nurture and build trust on both sides of the police/citizen divide. Decades of research and practice support the premise that without trust between police and citizens, legitimacy and the authority to police comes under question. So, it is critical to strengthen relationships between citizens and police by building trust.

A perspective shift is presented in the 21st Century Policing report, requiring law enforcement culture to embrace the role and mindset of a guardian, rather than that of a warrior. Warriors may not need to be trusted in order to discharge their duties; guardians are (or at least should be) trusted figures.

Trust is a complex issue, and most people do not have a framework for effectively working within that complexity. In 20 years of working with clients, Trust Unlimited (TU) has observed a profound lack of awareness when it comes to trust. People often lack a shared definition of what trust is or an understanding of whom they trust, and how much they trust them. When asked “Who trusts you?” individuals often take a long time to answer, ultimately responding, “How would I know?” The lack of a shared understanding and vocabulary about the underpinnings of trust makes building trust far more difficult than it needs to be.

TU defines trust as the willingness to make ourselves vulnerable in the face of uncertainty. Darryl Stickel, TU’s founder, wrote his doctoral thesis on building trust in hostile environments, similar to ones the world is experiencing now: social unrest and a crisis in confidence around policing.

In such complex situations, with multiple parties and perspectives, and low trust levels, existing models on trust have provided little guidance for actually building trust. Gaps identified in TU’s research into trust provide insight into this lack of progress. Existing models have failed to account for several critical factors, including the vulnerability of the trustor (the individual making the decision of whether or not to trust), the context in which the trust decision is being made, the emotional states of the parties, or differing perspectives of the trustor and the trustee (the individual seeking to be trusted). Previous models are mainly theoretical or academic, and lack practical applications. The TU framework, in contrast, is a practical, comprehensive approach to building trust, with a long track record of success. Our experience shows that introducing common language and a shared model leads to higher trust levels and collective action.

Unfortunately, when trying to build trust, people often make assumptions about the uncertainty or vulnerability of others—the prospective trustors—without actually including them in the conversation. This has led to a top-down approach where, for example, calls are made for authorities (e.g., police or government) to implement change with the goal of repairing relationships and building trust in the community, when these authorities may not completely understand the sources of uncertainty and vulnerability for community members. As is becoming readily apparent, imposing solutions aimed at building trust without including all concerned parties simply doesn’t work, or at the very least doesn’t work for long. 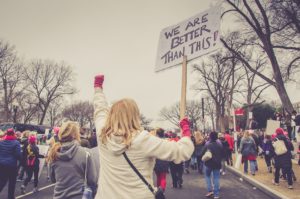 Furthermore, trust is a two-way street; yet, remarkably little discussion has been devoted to the need for the police to trust those they protect. In the wake of defunding social systems, we continue to ask police officers to risk their physical and emotional wellbeing to serve and protect us.  We equip them with lethal force, paramilitary training, and the ability to respond to things that go bump in the night. Their mandate and our expectations seem only to grow, while the levels of uncertainty and vulnerability experienced by the police are remarkably high. This is particularly true given that their role is to keep us safe; they put themselves in harm’s way to protect others, and in turn, add that vulnerability to their own. In this context, the tragic and unwarranted deaths of many could be seen as failures of trust.

Protestors, citizens, and civil leaders are demanding change, but when asked what change would look like, they appear to be stumped, or reactive in nature.  Proposed changes have ranged from symbolic to profound with little apparent understanding of the long-term implications of profound changes in complex systems.  The idea of defunding the police has been gaining traction but there seems to be a lack of clarity about what that means or what the desired end state is.  Presumably, this would involve some of the responsibilities currently sitting with the police being handed over to others.  If those currently responsible aren’t included in the transition of those responsibilities we run the risk of profound and tragic unintended consequences.  For any of these changes to have sustained success all parties need to be included in the conversation, trust needs to be built.

The most effective approach for building trust between the police and the communities they serve would be to provide all parties with the same understanding of what trust is, how it works, and how to build it; and a shared vocabulary with which to discuss the key elements of trust. This means training, coaching, and practice for civic leaders, including the police, elected officials, and those who advocate for the community. Beyond this would be shared efforts by all parties to help leaders build trust with their constituents.

This, therefore, is not simply an exercise of building trust between civic leaders, where these leaders come to understand and trust one another. There are multiple levels and complexities associated with the current situation that, while requiring strong relationships between leaders, require even stronger relationships between leaders and their constituents. Leaders must be able to communicate with people who have different issues and perspectives. The TU trust model can provide them with a shared vocabulary to facilitate this communication. Furthermore, different police departments and different communities will have different perspectives. The role of context in trust-building, as elaborated in TU’s trust model, shows that there will be no universal solutions; responses will need to differ by region and setting.  Equipping all parties with the same model and vocabulary so that they can work together towards a lasting resolution will yield the best results.

How Trust Unlimited can help

The TU Trust Model is a practical, applied framework and guide that allows you to navigate relationships, understand trust gaps, and take steps to build trust. TU’s proprietary model was developed through research and 20 years of experience in solving trust problems. While the issues to be addressed in rebuilding trust between police and communities may seem daunting, TU’s trust model has been successfully applied to similar challenges before. In 2008, Dr. Stickel worked with the Canadian military to help them understand how to rebuild trust with the locals in Afghanistan. TU has helped resolve labour management disputes where the parties had a long record of animosity. Organizations have approached TU to help them rebuild strained relationships with customers. Leaders have asked TU to help them strengthen the relationships they have with their teams. In all of these settings we’ve learned and honed our approach to building trust.

Trust Unlimited is committed to enabling a world where there is more trust because trust leads to hope, hope leads to choice, and choice leads to positive right action.